Seger Horns, as a brand contributing significantly to Turkish economy and automotive sub industry today, made its mark in the global markets with its electric and air horn production after a successful journey started in a modest workshop with copper wire production in Bursa in 1981. As the biggest horn manufacturer in Turkey, not only do we manufacture horns for Turkish local market, but we also manufacture and export horn models specifically compatible with the cultural and economic conditions of approximately 65 countries.

Being amongst the most preferred horn manufacturers in the world, Seger Horns is first in Turkey, third in Europe and one of the 10 biggest horn manufacturers in global market.
Seger Horns which is closely and constantly monitoring the latest developments and innovations in the horn technology, makes its own contribution to the Global Automotive sector by offering user friendly products designed in its own R&D laboratories. The new products developed by our R&D engineers are widely acclaimed in the global markets.

Seger Horns has extended its production capacity over 15 million pcs to meet the ever increasing demands following the opening of its 2nd production facility in Guangzhou City in the Guangzhou province of China in 2004. Seger assembly lines produce 1 horn in every 4 seconds.

Seger Horns which makes significant contributions to Turkish economy every year with its export volume, bears the responsibility of being a world class brand with its environment and people friendly production model. 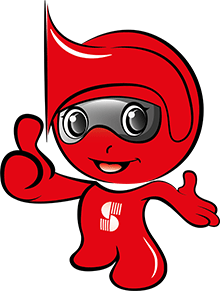